Coffee is such a versatile beverage! Many people will attest to needing a cup first thing in the morning (in order to function) along with a few more cups to get through their day. Coffee can even be dessert-like and served as an after dinner treat! The question is: what does your doctor say about coffee? Here are 5 supposed health benefits that encourage you to keep drinking your coffee: 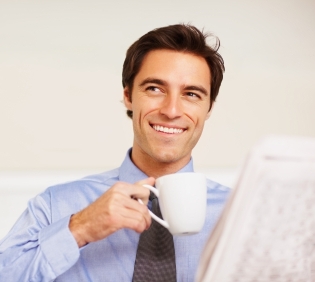 1.       Caffeine Linked to Lower Skin Cancer Risk: A new study published in the Cancer Research Journal earlier this month claims that drinking 3 or more cups of coffee a day can decrease your skin cancer chances by 20 percent! The study followed approximately 113,000 coffee drinkers to reach these findings, but they’re still inconclusive. Though the research on this claim continues, the results they’ve documented are promising.

2.       Coffee May Help Slow Age-Related Muscle Deterioration: Coffee helps to wake our minds and bodies, but is it possible coffee may help maintain our muscles by slowing deterioration as we age? Tests performed on mice look promising enough that human testing may be in our future! By giving caffeine to mice of differing ages and measuring progress, sports scientists did find improvement over mice that were not given caffeine. We think they were probably pretty alert and productive, too.

3.       Coffee Lowers Depression Risk In Older Females: According to a report from the Harvard School of Public Health within the past year, analysis of over 50,000 women over a period of 24 years showed a decreased risk of depression. Analysts actually tried to predict who would have depression later in life by looking at a cumulative time period within the 24 year study! With a statistic of 1 out of every 5 women in the United States who suffer from depression, hearing that coffee may help lower the risk of depression is a wonderful thing.

4.       Drinking Coffee May Help Prevent Alzheimer's Disease: Published early last month in the Journal of Alzheimer’s Disease, a study conducted by researchers of the University of Florida and the University of Miami shows that drinking coffee may help prevent/delay the onset of the Alzheimer’s disease. Researchers say that older adults who have mild memory impairment and drink coffee are less likely to develop dementia. With Alzheimer’s attacking an estimated 6 million Americans, the study raises hope for the fight against this incurable and deadly disease. 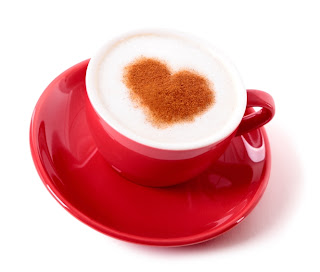 5.       Coffee Might Actually Help Your Heart: Researchers found that people who drank 2 cups of coffee a day had a lower risk of heart failure than those who did not drink coffee, but they emphasize that moderation is key. Analysis of data from 2001 to 2011 of over 140,000 people in Sweden and Finland yielded these findings, claiming that those who drank coffee were 11 percent less likely to have heart failure. Besides that, they also found that drinking coffee may also protect against other illnesses and even improve exercise performance!

What do you think – is caffeinated coffee really the super food it’s touted to be?

In the end, coffee and other caffeinated beverages in moderation may actually benefit you in the long run. There’s still more research to do, but we think these studies are on the right track. Who knows? Maybe coffee will get recognition for curing something other than sleepiness.

Cure your sleepiness with fresh coffee from CoffeeCow.com today!

Posted by CoffeeCow at 8:32 AM