What If We Killed the Joe & COULDN’T Make Some Mo’? 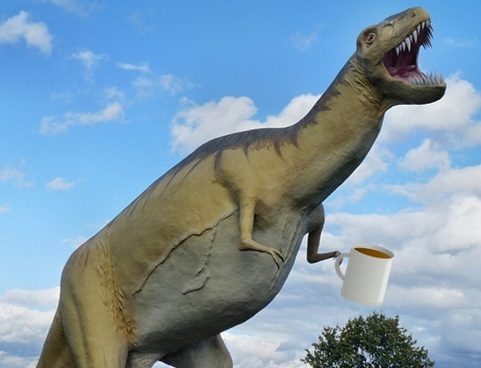 There’s a sidesplitting skit you may have seen floating around YouTube of a football player who has stolen the hearts of coffee lovers and office workers everywhere. Terry Tate is known as the “Office Linebacker” and handles crimes of the office. You see a man in the act of committing a cardinal sin – he has just finished off the coffee and (gasp!) walked away without making a fresh pot, even ignoring the sign that politely asks drinkers to make another pot when they finish off the coffee. Terry knocks the man down and proceeds to point and yell in his face, exclaiming “You kill the Joe, you make some mo’!” Seems like only the considerate thing to do, but what if you simply couldn’t make more? Could coffee go the way of the dinosaurs? Can you imagine NOT having your first cup of coffee in the morning? If coffee was no mo’, what in the world could replace it?

Check out the news story on the extinction of coffee.

Recent studies (conducted by Researchers at the Royal Botanic Gardens in Kew and the Environment and Coffee Forest Forum in Addis Ababa, Ethiopia) suggest coffee’s extinction IS possible! The culprit? Global warming. If global warming continues on the destructive path it’s on, there’s no telling the devastation it will actually cause. Scientists can only speculate what is to come and they say that one of the victims of global warming could be the Arabica plant.

The theory as it stands now is that, in about 70 years, coffee will be extinct. How is that possible? Arabica plants are weak in a sense, as they are highly susceptible to changes in climate, insects and disease. Scientists say that a climate change due to global warming will eventually cause the vulnerable Arabica plants to dry out and die off by the year 2080! While this is the worst-case scenario, even the best-case scenario shows a reduction in land that will be capable of growing the Arabica plant.

If coffee’s extinction is eminent, hopefully we’ll concoct a worthy replacement. If not, we may have more of a problem on our hands than we think. Just imagine your zombie-self in the morning before you have had your first cup of coffee and multiply that by all the coffee drinkers in the world...this could be catastrophic.

Jokes aside, this is even more of a reason to recognize global warming as a viable threat and take measures to care for the environment proactively, hopefully reducing the risk of worst-case global warming conditions for future generations. For the time being, anyway, CoffeeCow and its Fans are safe, sound and able to make a fresh cup of coffee with every K-Cup or other single serve portion packs.
Posted by CoffeeCow at 9:00 AM